The year 1938 was a period of transition from the catastrophic Great Depression to World War II. Women’s fashion was exuberant: vibrant colors, Surrealist accessories, ornate hats with minimal embellishments were key trends. However, the overall silhouette was simple, clean, and sophisticated. Hemlines began to fall down below the knees. Restrained, structured shoulders evolved into the iconic puff sleeve. Public figures such as the Duchess of Windsor inspired women in their everyday dress.

The fashion of the 1930s can perhaps best be described as “Aspirations of Glamour” with trends greatly influenced by Hollywood stars and other celebrities. The Duke and Duchess of Windsor (Fig. 1) were primary influences on late 1930s fashion, especially following the duke’s abdication from the British throne. The duchess had more of a severe, “hard chic” style; whereas the duke was known for his more casual approach towards menswear.

Accessories became a huge part of people’s everyday style, with Surrealist inventions (Fig. 2) like those from Schiaparelli particularly popular. Small, flamboyant hats (Fig. 3) were yet another key trend. Hollywood started hiring its own costume designers like Gilbert Adrian, who produced hits like the “Letty Lynton” dress (Fig. 4), which was the most copied garment of the decade. “The pencil outline is finished. Be flared or tiered, pleated or billowy, but not straight up and down. Look subtly bunched, suggest an hour-glass rather than a needle. Wear waisted tunics, jutting out at hip or knee. Full skirted redingotes with pouchy backs. At night be picturesque in crinolined Winterhalter fashion, or moulded as a Grecian urn. Put swing, by flares or pleating, into day-time skirts, and keep them shorter than a bedtime story!” (171) In the Elegance in an Age of Crisis: Fashions of the 1930s, curator Colleen Hill quotes Vogue on the importance of accessories:

“‘You could tell, from the Paris Openings, that this was going to be a wonderful year for accessories,’ Vogue informed its readers in 1938. ‘A year when they’d be colorful, gay, imaginative. A year when they could actually make a costume: steal the show.’ While this may have been true, it is also evident that the exquisite accessories of the 1930s had, in fact, been stealing the show for many years already.”’  (Mears 242)

“It was millinery which provided the designer with an opportunity to explore new forms. In 1936 she presented her shoe hat, an inverted design of a high-heeled court shoe, made in plain black or black and shocking pink velvet. This extraordinary design has been seen both as a fetishistc object and as an example of Surrealist displacement: there is a famous photograph of Dali with a shoe balanced in his head. Schiaparelli teamed the shoe hat with a tailored, black cocktail suit featuring erotic, appliqued lips around the pocket opening. She also designed a ‘Lamp Chop Hat’ in 1937, reflecting Dali’s obsession with a meat, and a quirky ‘Inkpot Hat’ in 1938.”  (99)

“To close out the decade, by 1938 tiny toy or doll hats that resembled saucers piled with flowers, fruits, and feathers tipped over everyone’s foreheads. Some of the most prominent designers of hats in the thirties were Elsa Schiaparelli, Agnes, Reboux, Suzy, Rose Descat, Rose Valois, Lanvin, Louise Bourbon, Suzanne Talbot; and American milliners, Gilbert Adrian, John-Frederics, Hattie Carnegie, Lily Dache (303).”

Surrealism also influenced the staging of fashion shoots in 1938 as seen in this Vogue 1938 boudoir scene (Fig. 9). Public criticism and attention was unavoidable for the American divorcee who charmed King Edward VIII (Fig. 1). Their life together was regularly featured in American fashion magazines of the day, as in this spread about their house in Cap d’Antibes (Fig. 10). However, her sense of sophisticated yet free style inspired  women (Fig. 11). In “Wallis Simpson: A Life in Style,” the editors of Stylist describe the fashion icon of the late 1930s:

“she also gained a reputation for her sense of style. With an incredible couture collection and a penchant for wearing the most current fashions of the time–from flapper dresses and pearls in her youth to wasp-waisted ballgowns and mod shift dresses in her later life –Wallis’s wardrobe continues to fascinate.” The impact of Hollywood on this period was phenomenal. Glamourous films like Holiday (Fig. 12) inspired people during a time of economic darkness. Fashion magzines regularly featured “Hollywood Fashions” in photo spreads. (Fig. 13).

Hollywood hiring its own designers to create fashion had huge impacts on the fashion industry. Designers such as Gilbert Adrian and Travis Banton were highly talented designers. However, Hollywood continued using French fashion houses in as well. In the History of Modern Fashion from 1850, Daniel James Cole and Nancy Diehl note:

“Despite the depth of design talent in Hollywood, several studios actively courted French fashion houses. For example, the 1938 film Artists and Models Abroad, while credited to Edith Head at Paramount, also listed contributions from Alix, Lanvin, Lelong, Pacquin, Patou, Rouff, Schiaparelli, and Worth.” (185)

In The Way We Wore: Styles of the 1930s and ‘40s and Our World Since Then, Marsha Hunt makes a distinction between everyday wear and Hollywood fashion:

“The wet blanket the Great Depression threw over the nation’s long wild party was reflected in changes of style. Down came the hemlines to mid and lower calf, back up to the waist came the belts… Colors were subdued, lines more natural and less extreme… Movies, on the other hand, were quite another matter. Recognizing the public’s need of relief from gloom, for some escape and fantasy, Hollywood provided just that.” (9)

In Hollywood Costume, Dale McConathy and Diana Vreeland elaborate on the costume for the movie Jezebel, which featured a popular, much-publicized gown (Fig. 14).

“the costumes for Jezebel were the most widely publicized, in particular the notorious ‘red’ ballgown that Jezebel wore to shock her beau and those at a ball. The gown was made up in red, although the film was black-and-white, but it had to be remade because it looked black in the movie. The second try was more successful, and Jezebel turned up in a rust satin that photographed like a terrific red.” (152)

“Beginning in the early 1930s, American designer sportswear came into its own, later becoming a major force in fashion that continued into the 1990s to influence the way women dress. Designers such as Bonnie Cashin, Tina Leser, Vera Maxwell, Claire McCardell, Clare Potter, and Emily Wilkens initiated a new standard of dressing, one that is right for the lifestyle of the modern woman and that is purely American in its practicality, simplicity, and democratic elements. This was clothing for comfort and versatility that rationally answered the needs of women and was created mostly by women. In 1932, a legendary retailer at Lord & Taylor, Dorothy Shaver, presented a series of showings in the store of new American sportswear trends, for the first time bringing the designers together and specifically naming them. The new sensibility was toward freedom of movement and freedom of choice, and the clothing included mix-and-match ensembles, playsuits, pants, and a variety of activewear.”

With the enduring effects of the Great Depression and the build-up to the outbreak of World War II the next year, 1938 was a year of economic and social distress. However, the immense difficulties did not supress people’s sense of fashion. Academy Award for Best Picture: The Life of Emile Zola 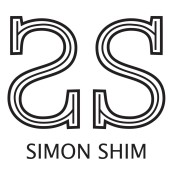 Currently pursuing a Bachelor of Fine Arts degree in Accessories Design at the Fashion Institute of Technology, Gun Woo was born in Korea and raised in the island of Saipan. With high interest in fine arts as well, he is pursuing a minor in Art History.